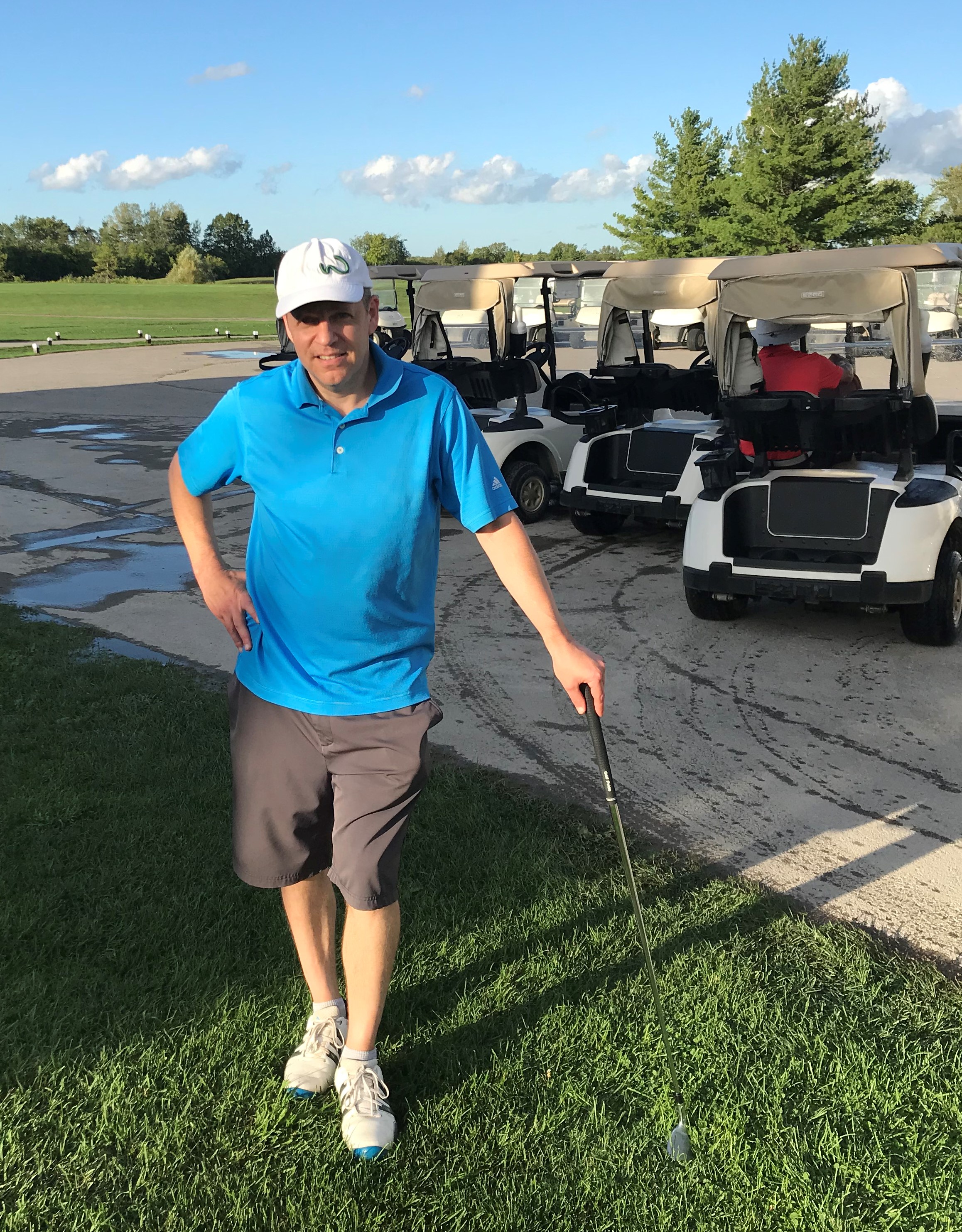 When I was a teenager, my family doctor noticed an irregular heartbeat and referred me to a cardiologist. The cardiologist determined that I had Mitral Valve Prolapse (MVP), a condition I was born with. I didn’t have to see a cardiologist again after this initial assessment, there was no specific monitoring, and having MVP impacted my life very little.

That was until 2014 when I was diagnosed with infective endocarditis, a rare and highly lethal bacterial infection of a heart valve. However, I had been initially misdiagnosed four times over the course of several days and watched my health rapidly deteriorate. My wife, who is a doctor, believed it was important to evaluate how having MVP was playing a role in my declining health. I finally received the proper diagnosis after my wife advocated for an echocardiogram of my heart, but by that time I was in full heart failure, which caused me to slip into a coma. I was put on life support and hospitalized for many weeks. I never had experienced any symptoms or issues related to MVP prior to this infection – it had been completely benign.

I waited for one full year before I had a highly successful heart valve repair surgery and waiting for this procedure was a difficult and trying experience. Every few months I would get an MRI, which always came back inconclusive about the state of my heart valve. My surgeon was unsure if a repair could be performed or if a full valve replacement was necessary. I was in ‘wait and see’ mode as I hoped for a conclusive MRI. My mitral valve was badly damaged from my infection and this resulted in regurgitation, which put me at risk for heart failure or arrhythmia. During this year-long waiting period, I had constant risk and a big decision weighing on me: I could have heart valve replacement surgery and face the potential complications, or I could continue to wait and see if a repair was possible but at the risk of heart failure.

Heart valve repair eventually became a viable option and the treatment option I pursued. I had a quick recovery and was only in the hospital for a couple of days after open heart surgery. It took many weeks for my chest to fully heal, but I was back at work about seven weeks post-operation. I have also continued my previously active lifestyle after my surgery and, though my cardiologist recommended that I don’t run a marathon like I had always planned to do, I continue to exercise, golf, curl, and participate in many of the activities I used to.

I had a lot of time to reflect while I was in the ICU and the hospital. From that, the one thing I want to tell other people and encourage them to change is to stop delaying. Stop putting off that important thing that you’ve been meaning to do – start that business, write that book, make up with that friend or relative, run that marathon. None of us know what tomorrow will bring.

I got lucky in the sense that I had this near-death experience that created an awakening. I got a second chance and most people never get that opportunity. I want to use that second chance to share my experience so that other people may not have to go through the same thing that I did. Advocate for your health, take it seriously, and don’t wait until it’s too late.